This part now deals with the edge distances to be observed when using self-drilling screws and thread-forming screws in timber, steel and aluminum parts.

The processing, requirements and dimensioning of these applications are regulated by technical rules, standards and approvals. An important point when using fasteners is adherence to the necessary edge distances. Failures due to gaps in wooden components, as well as slotted holes and cracks in sheet metal parts can be prevented in this way.

Where can I find information on the necessary edge distances?

Information is provided in the standards for dimensioning the different components. Different standards are used here, depending on the type of material.

There are various parameters to consider, which have an influence on the required edge distance: 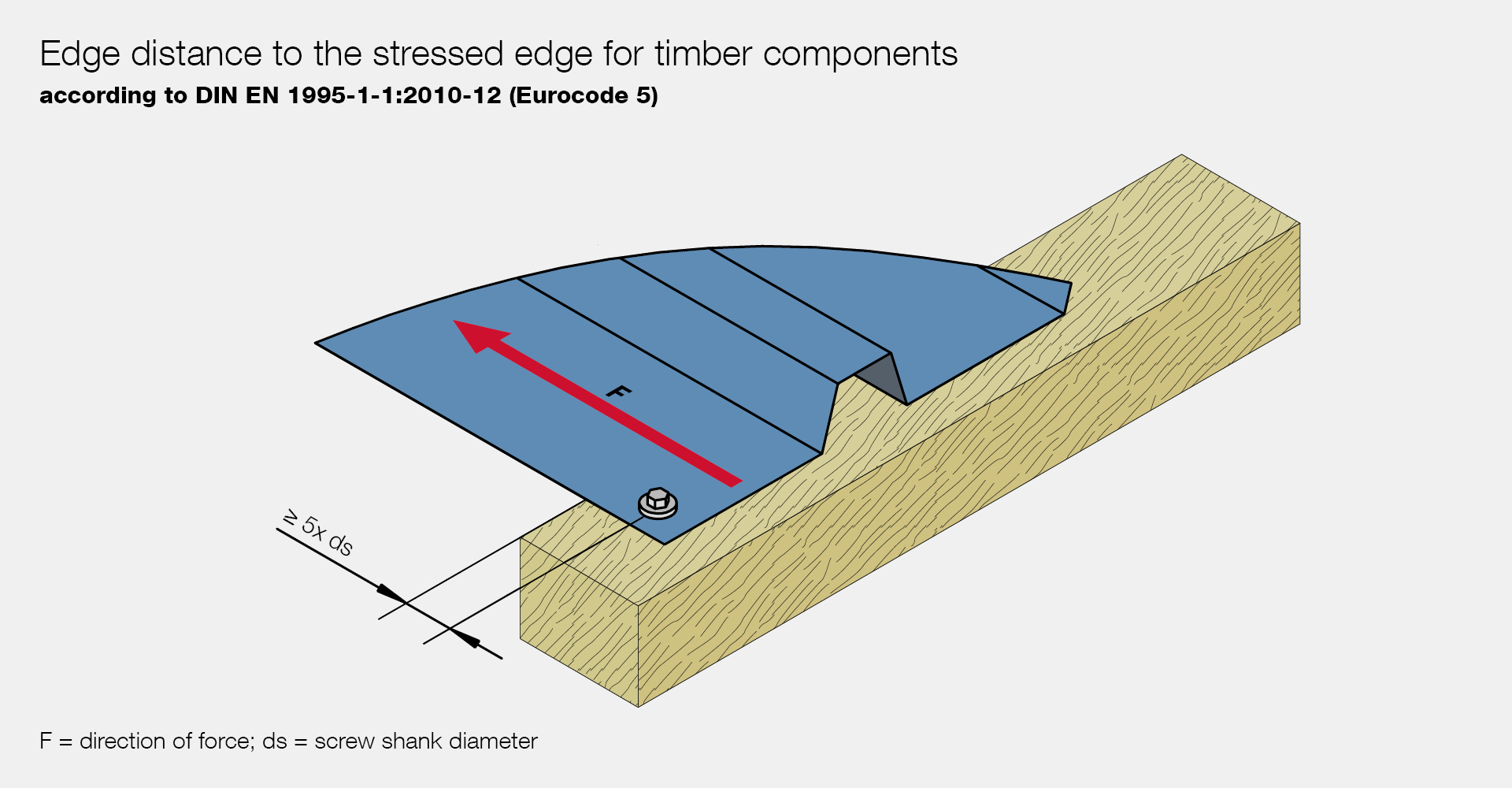 The EJOT JF and JT screw types are generally considered to be pre-drilled when calculating the edge distances. The only exception is the JA screw type, these screws must be pre-drilled (0.7xd). Therefore, only the formulas for the minimum distances with pilot hole in accordance with DIN EN 1995-1-1: 2010-12 need to be taken into account.

However, the extensive tables and representations of DIN EN 1995-1-1: 2010-12 quickly make it clear that the necessary edge distance cannot be determined without special knowledge in relation to the timber construction standard.

If you have any questions about the correct calculation of the necessary edge distances, the EJOT Technical contactexperts are happy to provide advice and assistance.
​​​​​​​

​​​​​​​The only parameters to be considered are: 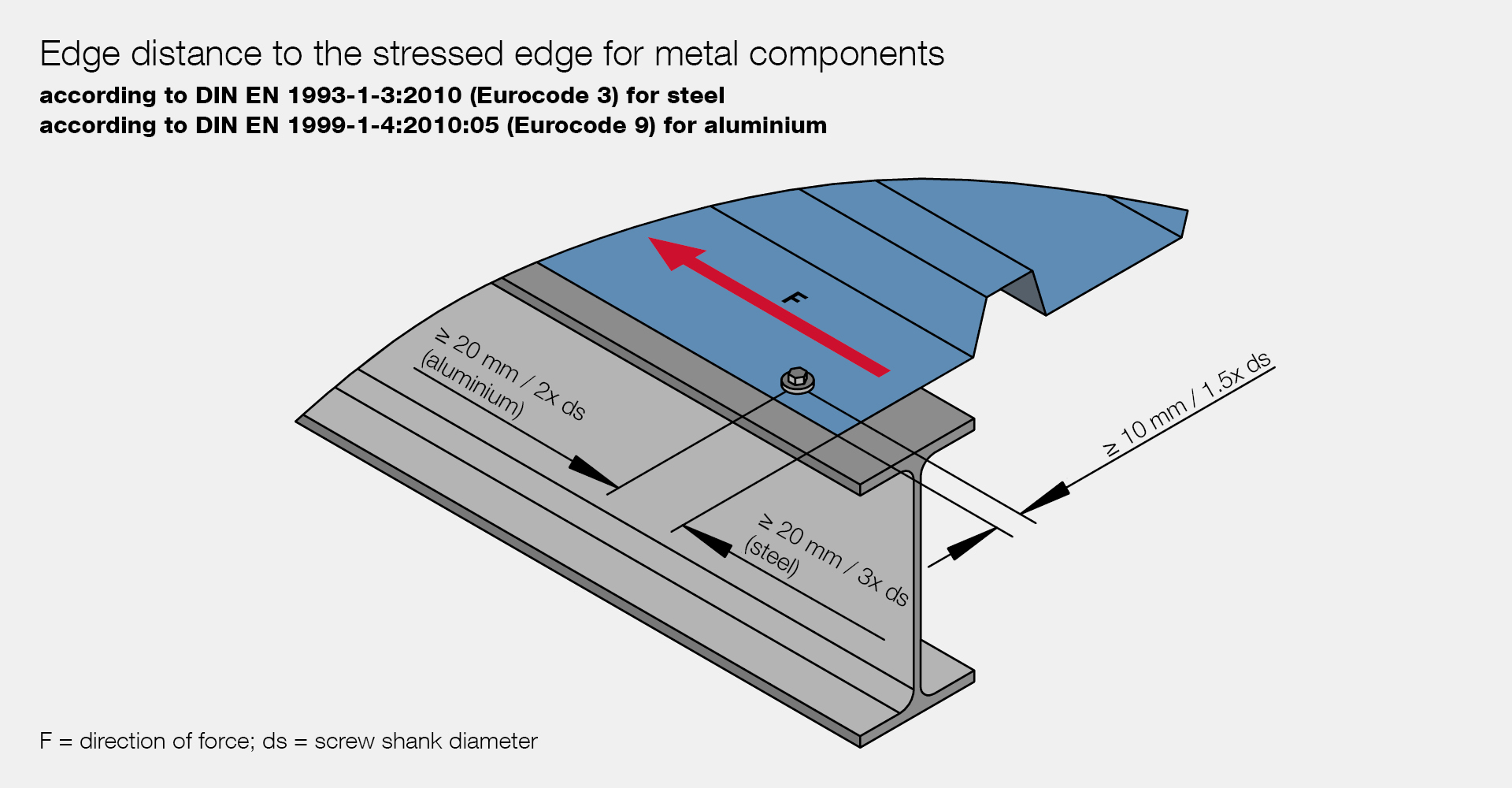 A diagram and a table as basis for the calculation, which are contained in DIN EN 1993-1-3: 2010, help to calculate the correct edge distances.

​​​​​​​It is just as simple with thin-walled aluminium components. Here you can find the information in DIN EN 1999-1-4: 2010: 05 (Eurocode 9) summarized in one representation.
DO YOU HAVE ANY FURTHER QUESTIONS?

Also read the other articles in the self-drilling screws guide.
​​​​​​​

You can also inform yourself in our corrosion guide all about corrosion.

GUIDE IN THE FIELD OF HEAVY-DUTY ANCHORING

​​​​​​​You can also inform yourself in our heavy-duty anchors guide all about anchoring technology.
​​​​​​​

As a fastening specialist, EJOT offers a variety of self-drilling screws for industrial lightweight construction.